Hanoverian Horse of 1876 and how it was bred

This article is about an interesting report that appeared in Wallace's Monthly May 1876 (pg.759) titled "Hanoverian and Orloff Horses" submitted to the Monthly by 'M.C.W.', an American who was in the market for carriage horses, and it contains a letter from his European sales agent who relayed the details of the horses he examined at the Paris Sales Stables. The agent, along with a physical evaluation of the Hanoverian Horses, explains for his client how the fairly new breed came about. 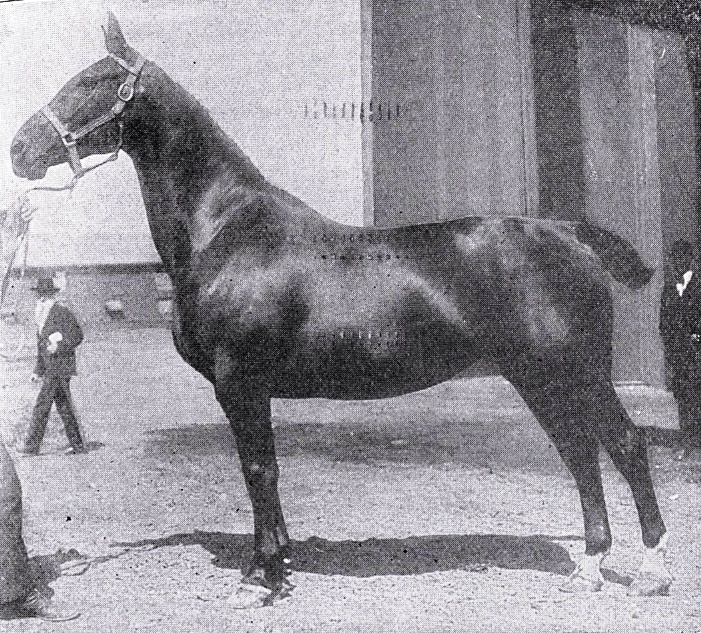 The agent reported: "I returned this afternoon from Paris, where I went on learning that could see the class of horses which we were conversing about, and which you were interested. One of the brothers of Bernard Levy had just returned from Hanover with a lot of fine, large, blood-bay coach-horses, and thought they would be exactly what I wanted to see. Some of these were stallions, which they intended to have changed [castrated] after they got over the journey.

"I went on, and own to being a little disappointed with the horses. They are large, 16 hands fully, some an inch better; rather heavy bodied, with good straight backs, falling very slightly to the tail; withers and rumps about level, the withers slightly highest; crests arched, and necks long and well carried; heads fair, not so bloodlike as I wish to see; eyes medium in size, but fine clear, and open; a very slight tendency to a Roman nose; nostrils large and open; feet excellent, bone rather light for the weight, but legs clean and flat; shoulders sloping, and action fine. The stallions were the poorest of the lot. They are usually gelded at four years old, but some are let go longer to give them more style and crest. Stallions such as are used to get these horses can be delivered at the steamer, free of all charges, at $1,200 to $2000, counting five francs to the dollar. They are bred by the use of English stallions (thoroughbreds) upon the large mares of the country [farm or draft mares] which have more or less blood in them, the male progeny being crossed back upon the largest sized thoroughbred and strong hunter mares which could be imported from England. It is from this cross of one-half blood stallions upon well-bred English mares that the best stock stallions and mares could be selected. They breed together very true, and almost uniformly have fine high knee action and a good deal of style. Mares are worth about half the price named."

He goes on to describe Orloff Trotters, which were also presented to him for sale, and he was happier with those horses, saying they are more what M.C.W. is looking for: excellent carriage horses. The Orloff's selling price is quite a bit higher as well: $3000 for one, two for $5000, showing us that at that place in time the Orloff was valued higher than the Hanoverian. According to the agent, the Orloff was more of a carriage type [lighter and finer] and could also be used as saddle horses, while the Hanoverian was considered suitable for coach work. 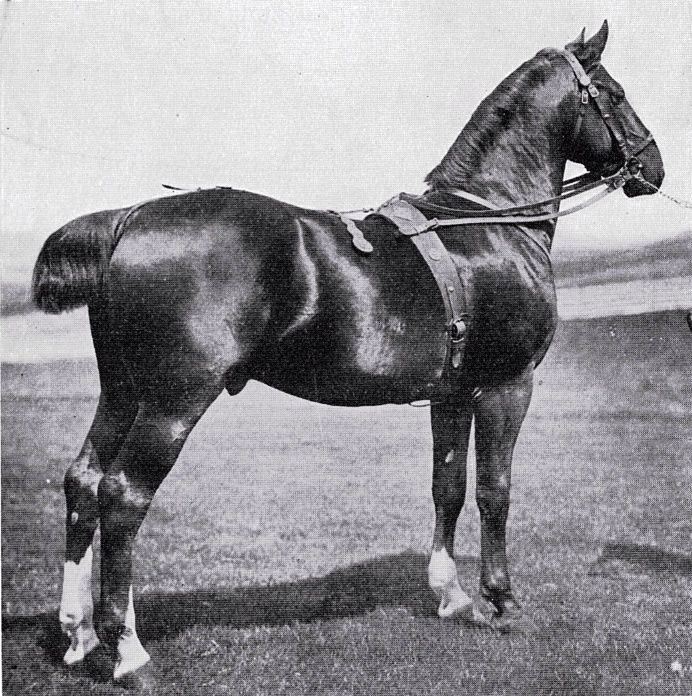 What is especially interesting to me is the description about how this coach breed was created, because it verifies once again what I had discovered from other sources, and my extension of pedigrees until they end, and I have written about this many times. What I had found consistently, which I see echoed in this report, that in the mid-1800s Hanover and other state run breeding areas used their German farm horse mares, which did not have any parentage provided or recorded (what we call grade horses here), and they crossed those sturdy mares with English Thoroughbred which of course had its lineage noted, and then the progeny of those unions was recrossed with more Thoroughbred, or English and Irish Hunter mares (Yorkshire Coach horses and Irish Sport Horses), or Norfolk Trotter (Hackney). While performing the lineage tracing it became apparent to me that pedigrees were only recorded in these continental breeding operations after they had been crossed with Anglo stock. I found this discovery notable because at this time, from at least 1990, we in the States have been continuously fed a narrative that the European Warmblood was a very old breed, and that it had been selectively bred for many centuries, and that the Germans had carefully inspected that stock before it was approved for breeding. For example of this narrative, just a few years ago an article appeared in a American published warmblood trade journal, about their lauded and documented inspection system, the writer, identified as Dr. Englehart 'of Germany', explained that there were 500 years of uninterrupted inspections carried out on the stock that became the Hanoverian. Impressive isn't it? But curiously, in my experience and extensive research I never could find any of those horses in their warmblood's lineages. What I found consistently instead is that the native German stock appeared suddenly in the pedigrees in the mid to late 1800s with no ancestry noted...just a name...and it was bred to a Anglo horse, and from there on the pedigree continues. Click on any of the links below to see this phenomenon in practice.

Nord HA 1866 -- Hanoverian foundation sire discussed as an example with his pedigree attached in the Market Share article.