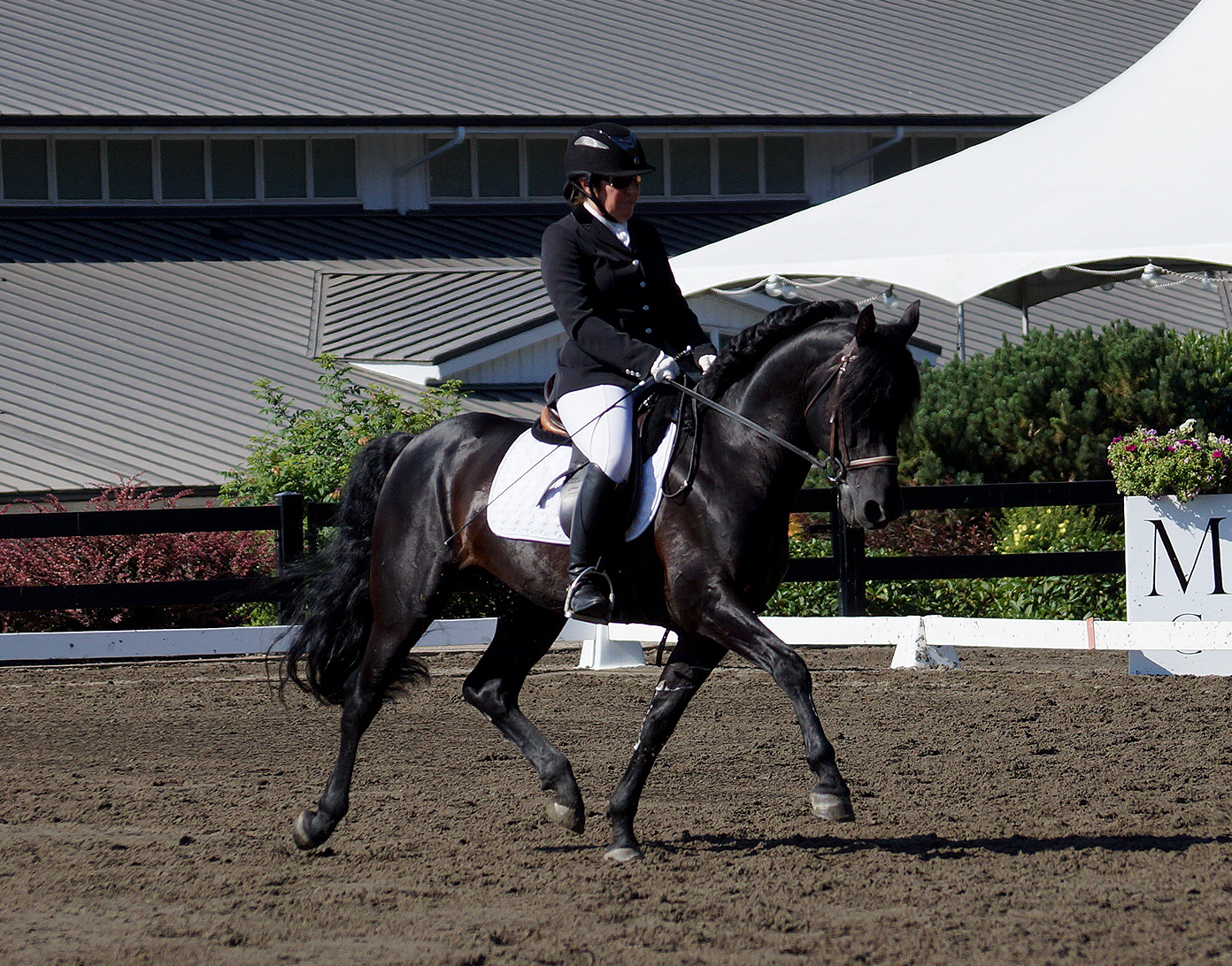 [The above image is the Stang's stallion Gladheart Black Harris, ridden by his trainer Kimberlee Barker. This is a Morgan bred to the dressage talent transmission lines identified in the study below. image used by permission]

Jack and Bernadette Stang are dedicated breeders of Morgan Horses for use in the sport of dressage. And they have shared with us a wonderful study on the bloodlines that power the FEI level Morgans. Morgans have reached FEI level in dressage? Yes, actually more then 50 have reached that level...despite the prevailing  bias against American sport breeds in Olympic style sports. Utilizing the Morgan Dressage Association's FEI database Jack identified 57 Morgans that have reached the upper levels (FEI) and with this data Jack has conducted a serious and valuable study of their bloodlines (read his study here-used by permission).

Morgans are one of our extremely talented sport horse breeds, and have proven that they are suitable for all variety of sport. But, because they are one of our still existing old breeds (originated in approximately 1820), we often take for granted their talents. This is a expensive mistake, as we have in the Morgan one of the purest sport gene pools, all sport bred from its start...our American sport horse breeds began with a race-hunt horse and only added more sport breeds through the centuries...we did not start with a farm horse like the European breeds  (see Morgan Horse). 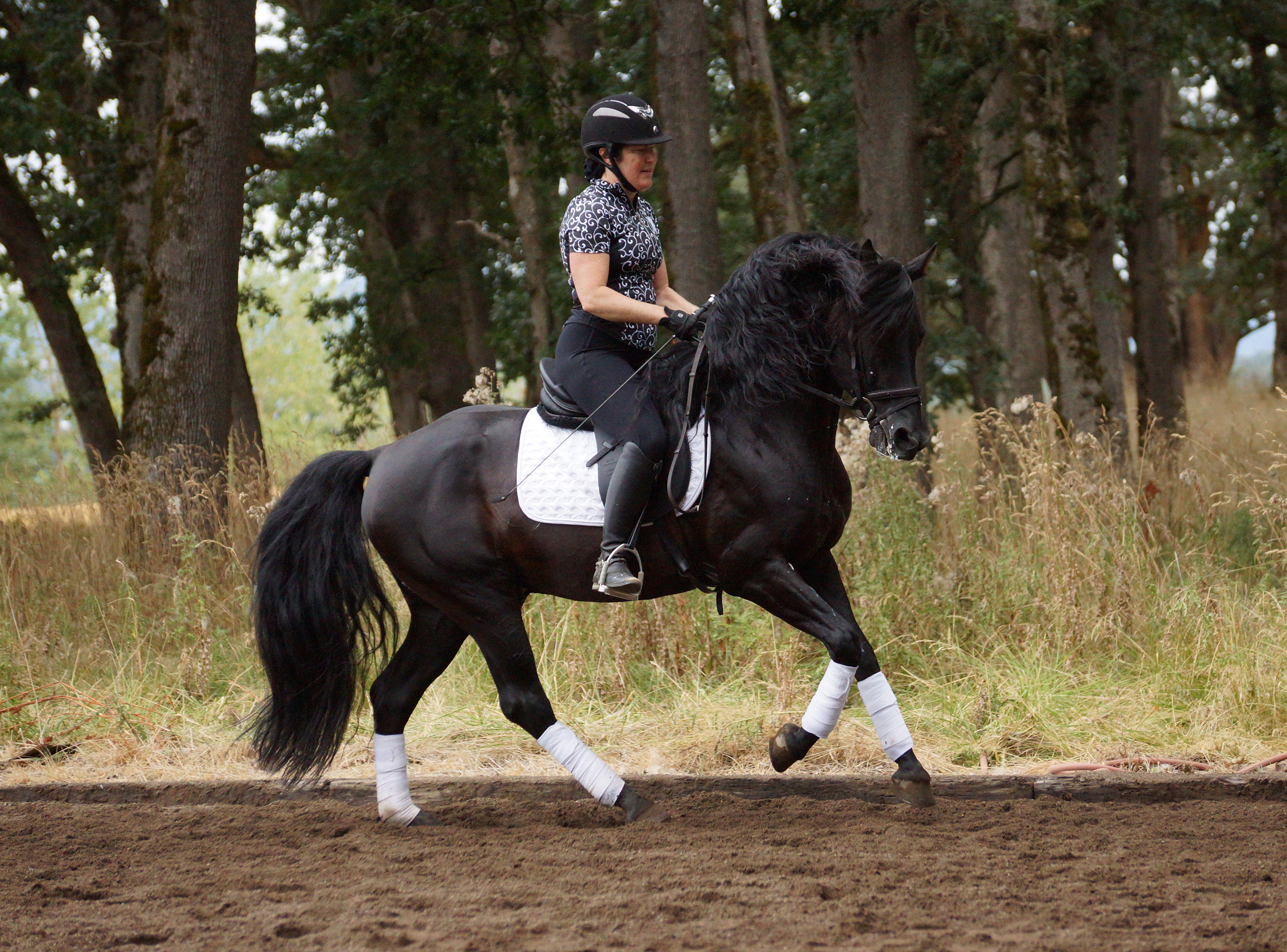 [Gladheart Black Harris with Kimberlee Barker on board, his trainer and rider -- image used by permission]

The Stangs own a farm in Oregon, and breed a small amount of sport prospects every year. They have a stallion, Gladheart Black Harris, who is closely linebred to many of the same bloodlines identified in Jack's study. (See his pedigree here.) As you can see by Black Harris' strong linebreeding he is very potent. His multiple front duplications of full brothers ( The Aircobra/Stetson/War Hawk / Top Flight ) are pulling forward background critical mass in General Gates (25 lines in 10 generations), his son Bennington (16 lines), his son Mansfield (10 lines),  Flyhawk (16 lines), Ethan Allen 2nd (14 lines) and his son Ethan Allen 3rd (13 lines) ....all lines identfied as dressage transmitters in the study. When a horse is very potent like this one, it becomes a perfect candidate for cross breeding, because it is able to transmit its genetic gifts reliably and create a hybrid vigor as well when crossed.

But there is more to this story, because the Stang's have now fielded a website: Morgan Sport Resource to continue the work of identifying the bloodlines in the Morgan that historically transmit superior sport talent. The website contains a database on the Morgans that perform in sport, with the aim of improvement and promotion of the Morgan in sport.

The work in ongoing, and Jack has now completed another study on the significant mare lines found in successful sport Morgans and it is found in the article section. There are other articles by  knowledgeable writers on this site as well, filed under each sport category; go to home page, click on articles and then pick your discipline and start reading. This is an excellent resource for any sport horse breeder.

Many thanks to Jack and Bernadette for paving the way for the Morgan to take its rightful place in Olympic style sport.